Here at Elite Roofing, in addition to excellent quality and workmanship, we also aim to provide value to our roofing customers. That means we understand the desire to DIY when it comes to simple home maintenance tasks. After all, it’s hard to beat the value of doing the work yourself! When it comes to DIY roofing, replacing asphalt shingles is a pretty straightforward task that most homeowners should be able to tackle. That said, it’s not foolproof, and it’s good to have an idea of what pitfalls to avoid before you get started. So today, we’re walking you through the process of replacing asphalt shingles and highlighting the five biggest mistakes to avoid.

The first step in replacing loose or damaged asphalt shingles is to remove the offending shingles. In doing this, it’s important to work carefully and deliberately. If you work too quickly or roughly, you risk making the first major mistake: damaging surrounding shingles. The last thing you want to do in replacing a bad shingle is make the task more difficult!

Mistake 2: Not removing the entire shingle

Rather than working carefully to remove the damaged shingle, you may be wondering if it’s possible to simply cut out the shingle to save time. However, this is also a mistake! Failing to remove the entire shingle will make it much more difficult to put a new shingle in its place. The replacement shingle will likely be loose or otherwise improperly fastened, leaving your roof vulnerable to water or blown off shingles. You may need to remove nails from surrounding shingles to give yourself enough room, but the extra effort will be worth it in the end.

Once you’ve removed the faulty shingle, you’re ready to put a new shingle in its place. Carefully slide the new shingle where the old one was and nail it down. In doing so, take care not to make the third major mistake: forgetting to seal nail holes. Nails will hold your shingle down, but on their own they aren’t watertight. Unsealed nail holes create an entry point for water to penetrate through your roof’s underlayment to the decking below.

As mentioned earlier, you may need to remove nails from a few surrounding shingles to give yourself enough room to work with. That’s perfectly fine—as long as you remember to replace those nails later on! Forgetting to replace nails will result in loose shingles on your roof. This leaves room for water to penetrate your roof, and it can even lead to shingles blowing off of your roof in high winds.

Mistake 5: Not sealing your roof’s shingles

Once everything is nailed down, you may think you’re done replacing your roof’s damaged asphalt shingles. But shingles need more than just nails to stay in place, and forgetting to seal new shingles will leave you with loose shingles that can catch in the wind. To avoid this problem, seal your new shingles with shingle mastic (also called roof mastic). Don’t forget to re-seal surrounding shingles as well!

Here at Elite Roofing, we feel every homeowner should have a few DIY tricks up their sleeve. Replacing damaged asphalt shingles is a great place to start! It’s a simple DIY project that can save you money and extend the life of your roof quite significantly. And of course, if you don’t want to do it yourself, the Elite Roofing team is always standing by with a full slate of residential roofing services. Whether it’s a simple repair or a complete roof replacement, Elite Roofing is the company to call for Roofing Done Right! 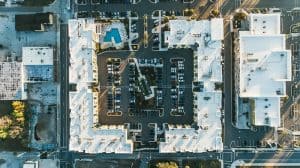 Your Guide to TPO Roof Installation 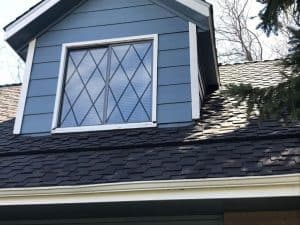 Elite Roofing is rated 4.8 out of 5 based on approximately 102 reviews from around the Web.

How’d We Do? Write a Review! 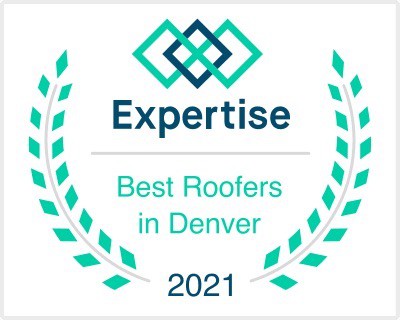